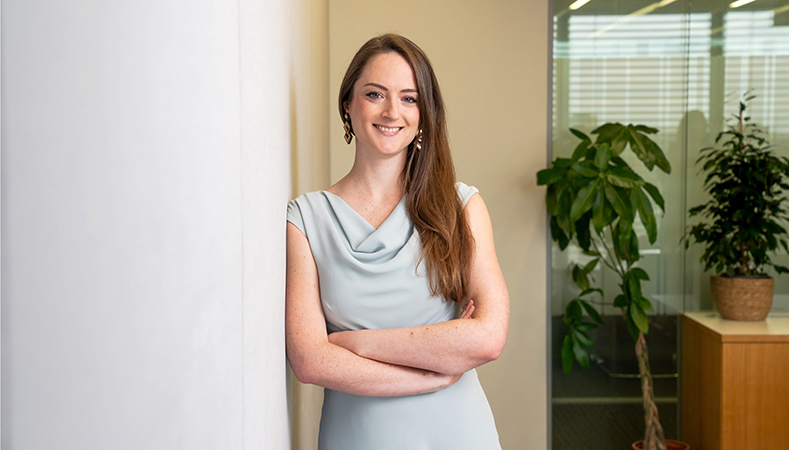 As an undergraduate, I studied natural sciences, specialising in chemistry. I enjoyed my degree, but knew by my final year I was ready to leave the world of academia behind. I hadn’t previously thought of entering law, but when I found out about the patent profession, I realised it was the legal side of patents, as much as the technical side, that was of interest to me. I sent off a number of applications for graduate positions, and later received an offer from another private practice firm in London, joining their Chemical and Pharmaceutical team in January 2013.

The firm I initially joined provided me with an excellent grounding in the profession. However, after two years, I realised that the work-type didn’t fit with my long-term interests. So, mid-way through my training, I moved to GJE in December 2014. What I like most about GJE is that the work is incredibly varied, both legally and technically. I have worked on electrolysers, polymers, drug formulations, detergents, and have had exposure to lots of different legal aspects of patent law. Although there is a lot to learn, my colleagues provide a lot of support, and there is always someone to ask for help or advice. It’s also a very sociable firm, with plenty of social events and regular post-work drinks.

What does your role involve?

As well as being technically and legally competent, it is important to get to grips with client management. For example, the legal ability of clients can vary considerably, so you have to tailor how you write emails, speak over the phone, or hold meetings, from client to client. This can be a steep learning curve, but building and maintaining a positive client relationship is also very rewarding.

What would you advise to those applying for a position within patents?

The job requires attention to detail and good written communication skills, so be meticulous when proofreading anything you submit. Being verbally articulate is also important for the job, so when it comes to the interview stage, it’s a good idea to practice things like describing everyday objects, and explaining your research project/PhD succinctly (I practised doing this in layman’s terms, as well as in detail). Being able to show that you have a genuine interest in the profession is also important, so it’s worth mentioning if you’ve been to any presentations, open days, or spoken with people in the profession.