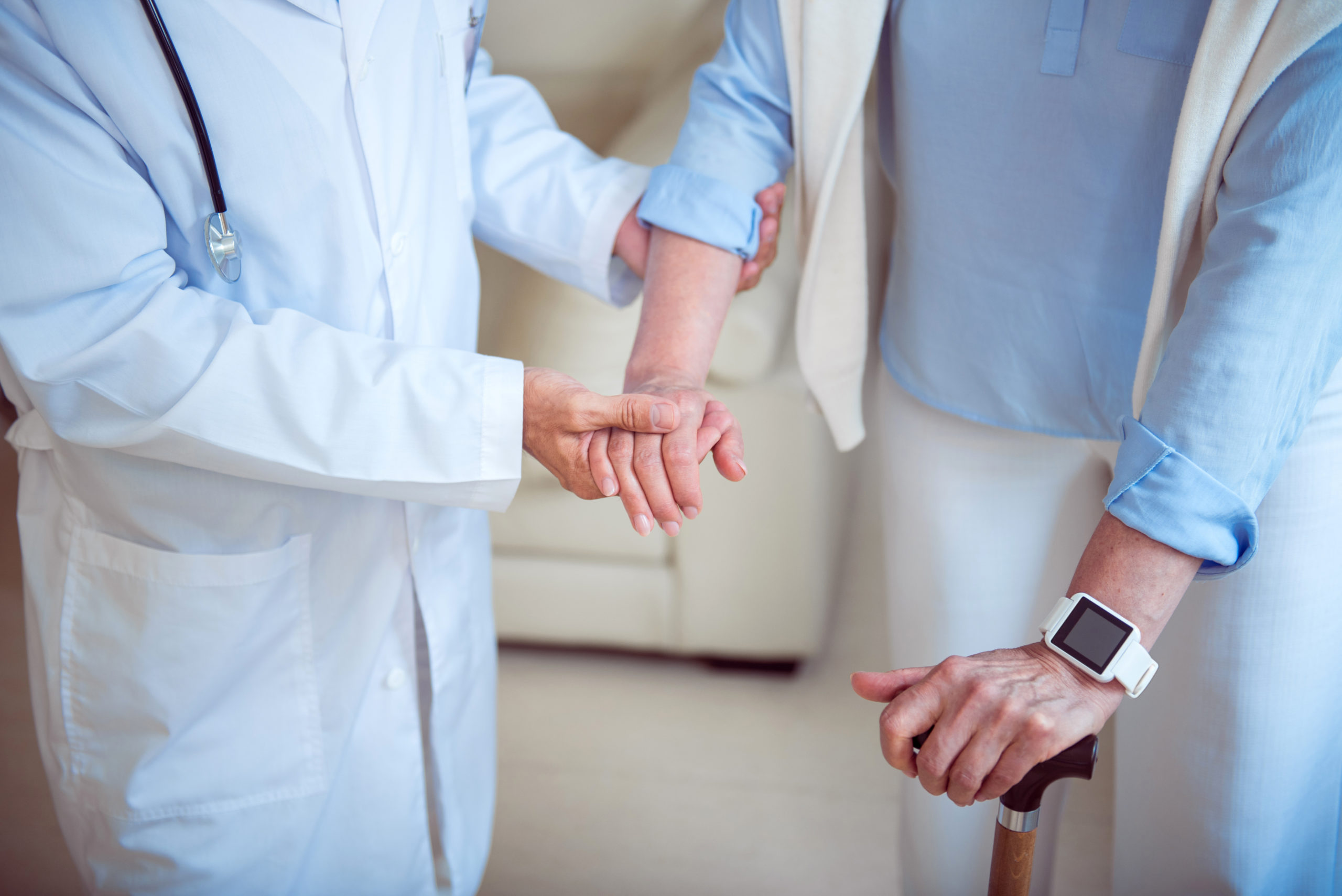 With an ever-aging population, one of the biggest challenges facing the modern world is the rising prevalence of neurodegenerative disease.  Neurodegenerative disease is a collective term for a number of diseases characterised by the loss of structure, or function, of neurons; the building blocks of the nervous system.  Examples of neurodegenerative disease are Alzheimer’s disease, Parkinson’s disease and Huntington’s disease, all of which are currently incurable and are characterised by debilitating and life-changing symptoms, such as dementia.  With the current cost of dementia in the UK being a staggering £26 billion (and expected to rise to £55 billion by 2040), the economic impact of dementia is greater than cancer and heart disease combined.  As a result, finding effective therapeutics in this area is of paramount importance.  In this article we look at some promising new approaches to tackling this problem and we consider the challenges, and strategies, for obtaining patent protection, which is crucial to securing investment to take these medicines forward.

Numerous approaches have been employed to try and tackle these complex diseases, ranging from traditional small molecule approaches to biologics, such as cell and antibody therapies.  However, the clinical trial landscape in this area has been marred by the almost continuous back-to-back failures of potential drug candidates.  For example, in July 2019, Amgen, Novartis and Banner Alzheimer’s institute announced the collective decision to discontinue the investigation of the BACE1 inhibitor (CNP520, umibecestat) in two pivotal Phase 2/3 studies in the Alzheimer’s Prevention Initiative Generation Program.  The high attrition rate of these drug candidates may be due to a number of factors, such as poor target specificity or a lack of translatability from earlier pre-clinical models.  However, one of the key reasons for drug candidates failing at this late stage is the therapeutic intervention occurring too late in the disease progression.  Accordingly, the identification of patients with these diseases at the pre-symptomatic stage, for example via the use of blood biomarkers, is of particular importance, as it will allow for earlier therapeutic intervention.  Additionally, without fully understanding the basic biological mechanisms underpinning these diseases, we are merely making educated guesses about the most likely efficacious drug targets and often only targeting the symptoms and not the causes.  Like many other diseases, the complexities of the signalling pathways involved in such pathologies result in symptoms which may only be addressed with a multi-faceted approach.

Despite the numerous setbacks that this field has experienced, many new treatment strategies are in development.  The application of gene therapy techniques, including epigenetic modulation, and the use of stem cells to replace the dead/dying neurons in neurodegenerative conditions are some examples of the innovative work in this space.  In June 2019, researchers at Ben-Gurion University of the Negev (BGU) and Cedars-Sinai Medical Center in Los Angeles reported the recreation of a Huntington patient’s blood-brain barrier (BBB) on an organ-chip.  Crucially, the recreated BBB malfunctioned in the same way that the patient’s actual BBB was malfunctioning in vivo.  The BBB is an in-built defence system of the central nervous system that prevents toxins and foreign substances in the circulation from accessing the brain.  However, the BBB also prevents therapeutic drugs from accessing the brain and is therefore a substantial obstacle to overcome in the neurological drug discovery process.  The creation of a BBB organ-chip represents a possible new screening model that can be personalized to the individual patient and used to more carefully select drug candidates to move forward into human clinical trials.  Even though the individual chips may be personal to the patient there are still a number of broadly applicable methods and products stemming from this type of research that could be protected by patents with the right strategy.

The complex nature of the treatment strategies involved and the competition in this therapeutic space mean that it is essential that any company seeking investment to develop therapies for neurodegenerative disease has a properly formulated IP strategy in place.  This will provide guidance on when and how to seek protection for new inventions and when and how to address potentially conflicting rights of others.  This pharmaceutical space offers the potential for not only new platform technologies applicable to other therapeutic areas but also the opportunity to re-purpose known drugs from other therapy areas, both of which require different strategies.  In addition, it is likely that a combination of traditional pharmacological approaches and newer biologic approaches will be required, which present significantly divergent IP challenges.

One of the major obstacles to overcome in treating and potentially reversing neurodegenerative disease is the inability of neurons to regenerate.  The use of stem cells, or the conversion of one adult cell type to another adult cell type, to replace dead/dying neurons is one area of research which has received a significant amount of interest.  For example, a group of scientists at University of California San Diego have recently shown (June 2020) that a single step process for converting the support cells of the brain (astrocytes) into neurons can be used to permanently reverse the symptoms of Parkinson’s disease in a mouse model.  However, while these therapies may hold promise in the clinic there are challenges in obtaining effective patent protection for stem cell-based therapies in Europe and across the world.  For example, if the stem cells used in an invention are obtained through the destruction of a human embryo, they may not be patentable unless they can otherwise be sourced from an already existing cell line.  Nevertheless, advice should be sought as this exclusion from patentability is narrow.  The options for obtaining patent protection for the therapeutic use of stem cells are much broader when the cells are de-differentiated adult somatic cells or stem cells obtained from adult tissues.  This is because such cells are not generally capable of forming a complete human embryo and their preparation does not involve destroying a human embryo.  An example of somatic cells used in this way was demonstrated in a study in 2018 conducted by researchers in the US and in China (Columbia University Medical Center, Rutgers University-Robert Wood Johnson Medical School, Sun Yat-sen University, Third Military Medical University) that showed mouse and human fibroblasts could be directly reprogrammed into self-renewable induced neural stem cells, capable of differentiating into functional neurons, astrocytes and oligodendrocytes.

Therapeutic antibodies have been widely trialled for neurodegenerative diseases, for example by targeting amyloid-beta protein in Alzheimer’s disease in the hope of promoting its clearance from the brain.  Patenting novel antibodies is relatively straightforward at most patent offices but it is generally no longer possible to obtain granted patents protecting any antibody that binds to a particular target, unless the patent application in question is the first to identify that particular target.  Instead, antibody patents now tend to have very narrow scope based around the specific sequence of the antibody polypeptide, although there are exceptions so advice should be sought.  In additional to novel antibody sequences, patent offices usually also require pre-clinical data showing that the antibodies have the indicated binding properties in order to show inventive step.  Such data does not necessarily need to be present in the patent application and can be supplied later but the extent of the data in the application required will change according to the specific circumstances.  It should also be borne in mind that when patenting a new monoclonal antibody or stem cell it will usually be advisable to deposit a sample of the biological material in an appropriate depository institution under the “Budapest Treaty” before the patent application is filed.  Failure to do so may render the patent application invalid.  Whilst narrow patents to specific antibodies defined by sequence may seem easy to design around, often this will not be the case as any generic company wishing to file an abbreviated application for regulatory approval of a biosimilar will likely have to use an antibody with the same sequence as the original patented antibody.  Therefore, the regulatory environment often combines with the patent system to provide strong protection for a limited time for new biologic medicines, compensating in part for the strict disclosure rules applied to these types of invention by the patent offices.

An additional approach to treating neurodegenerative disease is that of re-purposing already known drugs for different medical indications.  For example, in 2018, researchers at the Sheffield Institute for Translational Neuroscience (SITraN) demonstrated that a drug previously used to treat liver disease (ursodeoxycholic acid) may be able to help restore cells damaged by Alzheimer’s disease.  This approach allows for significant savings in time and money due to the pharmokinetic and pharmacodynamics profile of the candidate drug already being known.  Further, even though the compound is known it is often still possible to obtain patent protection restricted to the new use by using certain specific wording in the patent application, tailored to particular patent offices.

At GJE, our patent attorneys in the biotechnology group are highly experienced in obtaining effective patent protection for applicants in this complex therapeutic area and in designing suitable patent strategies to support investment.  To discuss your biotechnology intellectual property strategy, please get in touch with Kessia Hammett via Kessia.Hammett@gje.com or Ross Cummings via Ross.Cummings@gje.com.

GJE client, TestCard, have won the prestigious Pitch@Palace 12.0.  The competition saw 38 entrepreneurs compete in front of an influential audience of potential supporters, including CEOs, influencers, angels, mentors and business partners.  TestCard is an at-home urine test kit and accompanying mobile app that turns a phone’s camera into a clinical grade scanner, delivering immediate results.  This allows users to take ownership... 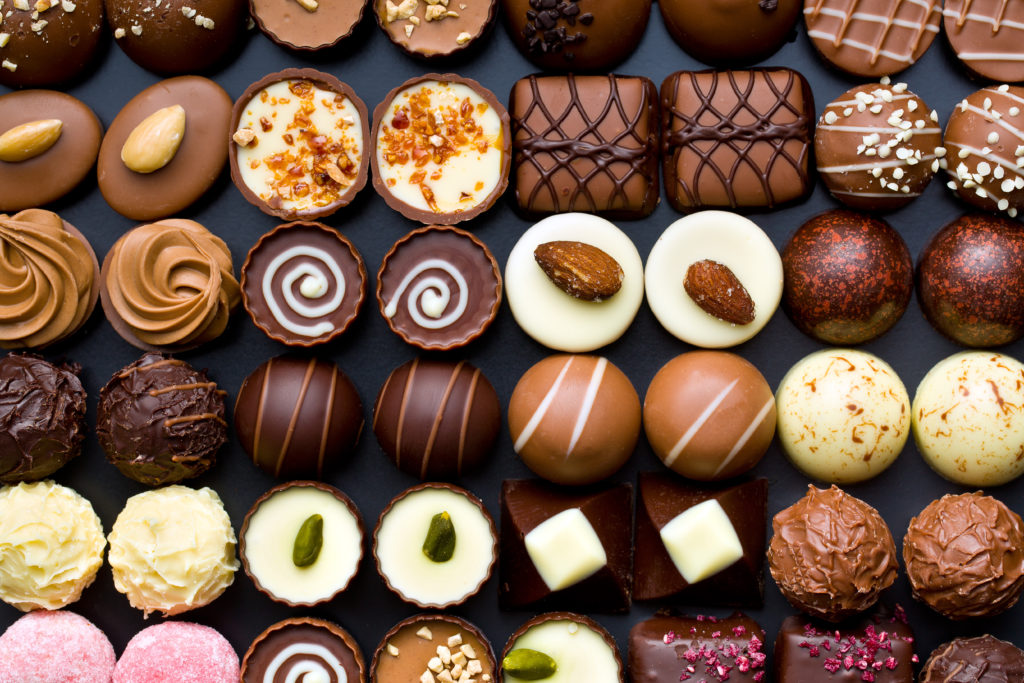 Even in recent challenging times, the value of food & drink brands continues to climb. In 2021 Bain...

Mental health has been the subject of increasing public attention in recent years.  As well as affecting individuals’ quality of life, poor mental health exacts a significant economic toll: by some estimates depression alone costs the British economy in the region of £100 billion a year through lost productivity and the cost of treatment. The digital health industry has quickly...