Part 3: Amendments at the EPO

As those familiar with the patent granting process will know, a European patent is obtained via the European Patent Office (EPO).  For a European patent to be granted, it has to meet a series of requirements set by the European Patent Convention (EPC).  At least in some respects, the EPC’s requirements are considered stricter than for many other jurisdictions, and patent applications drafted and prosecuted without an eye on its quirks can run into trouble – sometimes fatal trouble.

The patenting process should be collaborative.  A good invention may fall short of a patent if poorly drafted and prosecuted.  Likewise, even a great patent attorney will struggle to make a silk purse from a sow’s ear.  So how can a patent applicant get the patent monopoly they want in Europe? Our attorneys at Gill Jennings & Every have extensive experience of handling applications in the chemical field during examination, as well as in opposition and appeal proceedings before the EPO.  Across a three-part series, we look at how our experience can help in the preparation of your patent applications and how to avoid the pitfalls of the EPC.  For Part 1, see here.  In this second instalment, we will look at what kind of evidence and data are required to ensure your patent will be considered inventive.

Consider the problems your invention solves before filing

In order to assess whether an invention is obvious over the prior art, the EPO applies a test known as the problem-solution approach.  As the name suggests, this approach focuses on establishing what problem the invention solves over the prior art and whether the solution to that problem is non-obvious.  If the features distinguishing the invention from the prior art do not provide an effect which is unexpected or surprising in some way, it can be challenging for chemical inventions to pass this test.  Your patent application will be in a much better position if you can show the EPO that the problem solved by the invention relates to providing a significant technical advance over the prior art.  However, it is necessary for this problem to be derivable from the implicit or explicit disclosure of the patent application as originally filed.  A thorough discussion in the application of the technical advantages provided by the invention is the best way to avoid falling foul of this requirement – try to set out the story about what problem you set out to solve, how it was solved, and why it was not obvious to do so in the way you have proposed.

In this regard, there is no point in being in denial about relevant prior art.  It is important to be aware of the most relevant documents and tackle relevant prior art head-on – acknowledge the prior art and explain in the specification why your invention is not obvious in view of it.  The adage “get your retaliation in first” springs to mind.  If you have a well-developed inventive step argument already built into your application, you are well on the way to overcoming any objections raised by the EPO.

Generate data before filing where possible

While there is no requirement for a European patent application to contain experimental data, it must be credible that any technical advantages relied on for patentability are actually achieved by the invention.  Due to the empirical nature of the chemical field, in practice this often requires generating data.  The data does not necessarily need to be included in the application itself and can be filed with the EPO during examination proceedings.  However, a note of caution – the EPO are increasingly applying the concept of plausibility here.  If it is not at least plausible from the information in the application as originally filed that the invention solves the problem it claims to solve, this cannot be remedied with post-filed data.

The desire to file a patent application as soon as possible needs to be balanced with ensuring that the application contains sufficient information to meet the plausibility threshold.  While the best strategy in most cases will be to delay filing until at least some data is available to support the invention, this may not always be possible.  For strategies to deal with an absence of data in the application, please see the article written by our colleagues, Ash Earl and Rebecca Matheson here.

An important consideration when generating data is what the invention should be compared against.  To be taken into account for inventive step, any advantages of the invention need to be achieved over a single piece of prior art known as the “closest prior art”.  While it is always possible that closer prior art may be discovered later by the EPO, applicants will often be aware of a particularly similar piece of prior art before filing a patent application which the invention can be compared against.  This may be the case where the invention is an improvement of a particular known product or process.  Planning ahead and making appropriate comparisons before filing your application reduces the risk of needing to generate further data in the future.

The EPO will ideally like to see single-variable comparative data, where the example and comparative example only differ by the features which distinguish the claimed invention from the closest prior art.  This makes it clear that it is the distinguishing features that are actually responsible for the technical improvements, closing down an avenue for the EPO or a motivated competitor to question the relevance and veracity of your data and use this weakness to attack your patent.

How much data is enough?

The level of experimental data required will obviously vary on a case-by-case basis, but it is also a question of claim scope.  If it is not plausible that the advantages of the invention are achieved across the full scope of the claims and no further data can be provided, the claims will likely need to be narrowed accordingly.  Of course, when it comes to data, it is not just a question of quantity but also of variety.  A few well-placed examples spread across the scope of the claims will make it much easier to generalise than many similar examples directed to a narrow sliver of your claims.  As a patent applicant, it is important to consider what claim scope is commercially important to achieve and plan your data generation activities accordingly to ensure resources are allocated to match your business needs.

In the final instalment in this series, we will consider how to prepare your patent application such that you will have the flexibility necessary to amend the claims to overcome objections raised during examination before the EPO.

Please do get in touch if you have any questions concerning the protection of your chemical patents.  Find our contact details on our website profiles here and here or contact us at gje@gje.com. 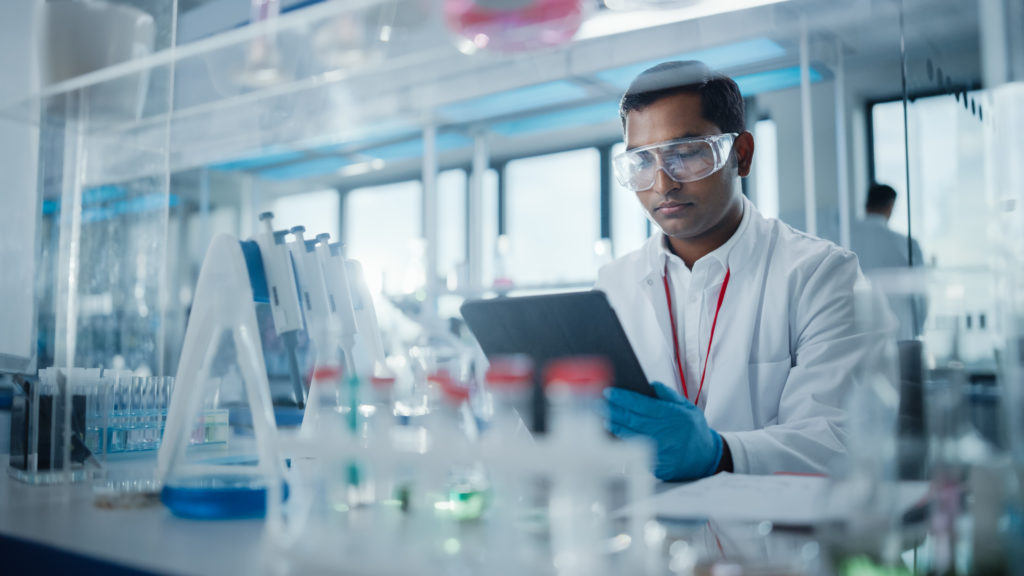