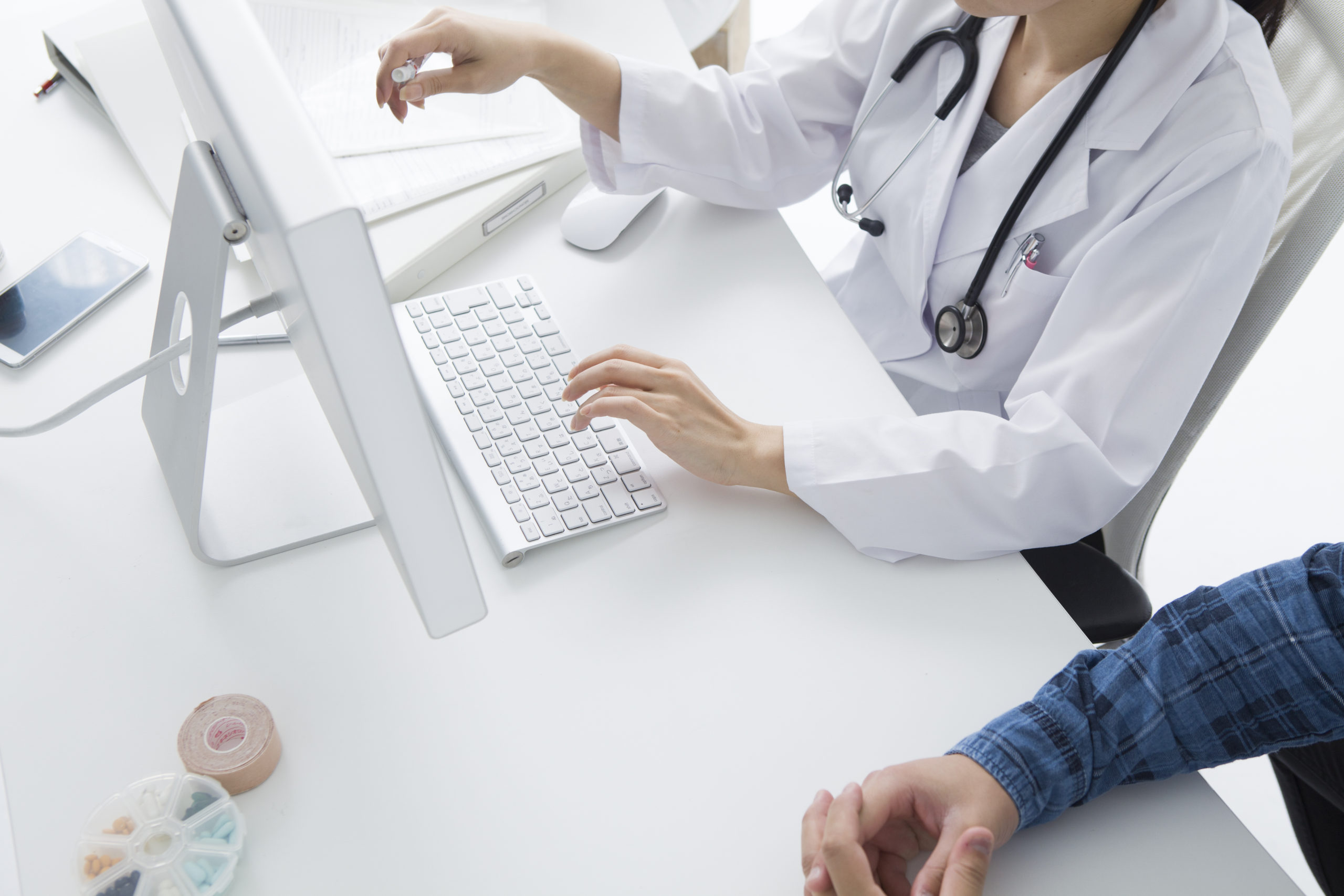 Case Law Update – T 0944/15 : the EPO can look beyond the claimed features when assessing the medical method exclusion
In a recent Board of Appeal decision, T 0944/15, the Board applied the exclusion on patenting medical methods in a way that could have significant implications for those seeking protection for inventions relating to computer-aided surgery or therapy.  In the decision, the Board held that certain statements in the Guidelines for Examination on these provisions are not correct and that the exclusion may still apply to claims that do not explicitly include steps of treatment performed on the human or animal body, irrespective of claim category.  In this article, we explain the reasoning behind the decision and outline the key implications for those drafting patent applications in this field.

The EPO Guidelines on the “medical methods” exclusion
The European Patent Convention (EPC) and several other patent systems rule out patent protection for certain kinds of medical methods.  In the case of the EPC, Art.  53(c) states that patents will not be granted for “methods for treatment of the human or animal body by surgery or therapy”, the overriding principle being that medical practice must not be hindered by patent protection.

The EPO’s Guidelines for Examination, which are the European examiner’s practice manual for day-to-day examination, discuss the limits of this provision and the circumstances under which it is appropriate (or not) to raise an objection.  In particular, they make clear that “the exception under Art.  53(c) does not extend to new products”, allowing protection of compositions and tools used in methods falling within the exception.

Given the current rapid progress within the field of computer-assisted therapy and surgery, an important question is how these provisions should be applied to computer-implemented methods of surgery and therapy and computer programs for performing such methods.  The EPO Guidelines G-II, 4.2.1 are also clear on this and unambiguously state that, claimed correctly, these innovations can also bypass the exclusion:

Claims to medical devices, computer programs, and storage media which comprise subject matter corresponding to that of a method for treatment of the human or animal body by surgery or therapy or to that of a diagnostic method practised on the human or animal body are not to be objected to under Art.  53(c), because only method claims may fall under the exception of Art.  53(c).

However, in T 0944/15 the Board outlined their disagreement with this statement and reached a decision that both a claim to a computer-assisted method and a computer program were excluded from patentability, despite not claiming any method step of treatment performed on the human body.

T 0944/15 (Monitoring patient position / Brainlab)
The appellant’s application, which had been refused under Art.  53(c) EPC in the first instance proceedings, related to the problem of monitoring a patient’s position during a radiation treatment process.  The radiation is typically targeted at a specific part of the body, so movement of the patient during treatment can cause the actual dose delivered to the target to vary unpredictably.  To control for this, the target’s position can be monitored by x-ray imaging, but the exposure of the patient to x-rays should be minimised.  The invention aimed to solve this problem by providing a method in which the monitoring is commenced only after a threshold dose of the treatment radiation has been delivered.

In the appeal, claim 1 of the main request was directed to “A data processing method… running on [a] computer”.  The method included steps of comparing the dose of treatment radiation received to a threshold and producing “control data” that determine when the device used to monitor the patient’s position is active.  The appellant had argued that because the claim did not recite any steps that constituted treatment of the body by therapy, the exclusion of Art.  53(c) EPC did not apply.

While the Board agreed that the claim was limited to a method implemented on a computer, it argued that the subject matter whose eligibility is in question is not simply the set of features defined by the claims in isolation.  Rather, what is relevant is the “invention” that the claims reflect.  The term “invention” is not defined in the Articles of the EPC, but for this purpose the Board considered that the nature of the invention should be understood in light of the overall teaching of the specification – not just the features explicitly claimed.

This approach draws on previous case law including the Enlarged Board of Appeal decision G 1/07, which held that the exclusion of Art.  53(c) EPC does not apply where “the performance of a physical activity or action that constitutes a method step for treatment of a human or animal body by surgery or therapy is not required in order for the teaching of the claimed invention to be complete”.  Applying this guidance, the Board in T 0944/15 set out to determine what the “invention” in question was and whether it could only be practised as part of an excluded therapeutic method.

To decide these questions, the Board looked at the technical effect that the specification attributed to the claimed method.  The Board found that the only such technical effect discussed by the specification was the ability to direct radiation to the correct parts of the body, which is only achieved when the method is performed as part of a therapeutic method.  By contrast, the description did not attribute any technical effect to the method steps in isolation (such as an improvement in computational efficiency).  On these grounds, the Board decided that the “invention” necessarily involved performing steps amounting to treatment of the human body by therapy and was therefore ineligible for patent protection under the provisions of Art.  53(c) EPC.

A first key point demonstrated by the Board’s decision is that it is not necessary for a surgical or therapeutic step practised on the body to be explicitly recited by the claims in order for the exclusion under Art.  53(c) EPC to apply.  Rather, because the “invention” was found to require the method steps of the claims to be performed as part of a therapeutic method in order to produce the described technical effect, the Board held that protection for this invention could not be granted under the EPC.

Reformulating to a product claim does not circumvent the exclusion
The Board’s conclusion clearly depended on the relationship between the claimed method steps and the therapeutic method to which the corresponding invention relates.  This raises the question of whether a change of claim category would have improved the appellant’s position.  Fortunately, this question was addressed by one of the appellant’s auxiliary requests.

In its fourth auxiliary request, the appellant redirected the claims to “a computer program”.  Arguing in support of this request, it referred to the EPO Guidelines G-II, 4.2.1 cited above, which state that claims directed to computer programs “are not to be objected to under Art.  53 EPC, because only method claims may fall under the exclusion of Art.  53(c) EPC”.

This statement by the Guidelines in fact only approximately reflects the wording of the EPC: while Art.  53(c) EPC does state that the exclusion is concerned with “methods of treatment”, the only inventions that it explicitly identifies as not being covered by the exclusion are products (where it states that “this provision shall not apply to products”).

According to the Board in T 0944/15, a computer program is neither a method nor a product and it thus falls on the EPO to determine whether individual computer programs are patentable in light of Art.  53(c) EPC.  Following the same approach that was applied to the higher-ranking requests, the Board found that the “invention” was unchanged by this change of claim category and that the exclusion of Art.  53(c) EPC applied for the same reasons as in the case of the method claims.

Therefore, the second key point to be drawn from the decision is that simply reformulating the claim with a change of claim category will not improve an applicant’s position if the EPO consider the underlying teaching to be inextricably linked to a method of treatment performed on the human or animal body.

Key conclusions
This decision has a number of important implications for those drafting applications for inventions relating to computer-aided surgery or therapy.
It is firstly clear that it is not possible to circumvent the exclusion by choice of claim category or even by not including method steps applied to the human body within the claim.  Applicants must also be able to point to technical effects distinct from those associated with the method of treatment.

When drafting the description, only describing advantages relating to improvements in the efficacy of the treatment may lead the EPO to conclude that the invention is intrinsically linked to a method of treatment falling within the exclusion.  It is therefore essential that these considerations shape the approach to drafting the specification as a whole, and are not just applied when deciding on how to frame the invention in the claims.

This decision also provides a reminder that the Boards of Appeal are not bound by the Guidelines for Examination and will deviate from them where they find this to be necessary for the correct application of the law.

CJEU: No SPCs for New Formulations of Marketed Active Ingredients

The CJEU has provided further, somewhat limited, guidance on what pharmaceutical products may be awarded a Supplementary Protection Certificate (SPC), and the associated market exclusivity, in Europe. According to the CJEU, an earlier marketing authorisation issued for an active ingredient prevents an SPC being granted for a new formulation of that active ingredient.  This approach may be rationalised if, as...